They aren't just for dessert and snacks anymore!

We have an apple tree that blesses us with more apples than any reasonable family could eat. They're great for snacks and really unhealthy desserts, but I am always looking for a way to incorporate them into actual meals. Here are two super awesome and reasonably priced recipes that I found at the most unexpected place: Williams-Sonoma. 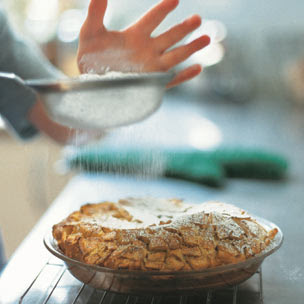 Once you've had apples for breakfast, why not have them for lunch as well? I made these sandwiches and they were good enough that I am no longer dreading eating apples three or four times a day for the next month and a half.

Posted by Emily the Great and Terrible at 3:18 PM

Living in this valley, I find myself adding apples to everything. Ever tried chopping them in to tuna salad? My kids love it.

My kids won't touch tuna, but we put them in chicken salad all the time. It's like a poor person's waldorf salad.